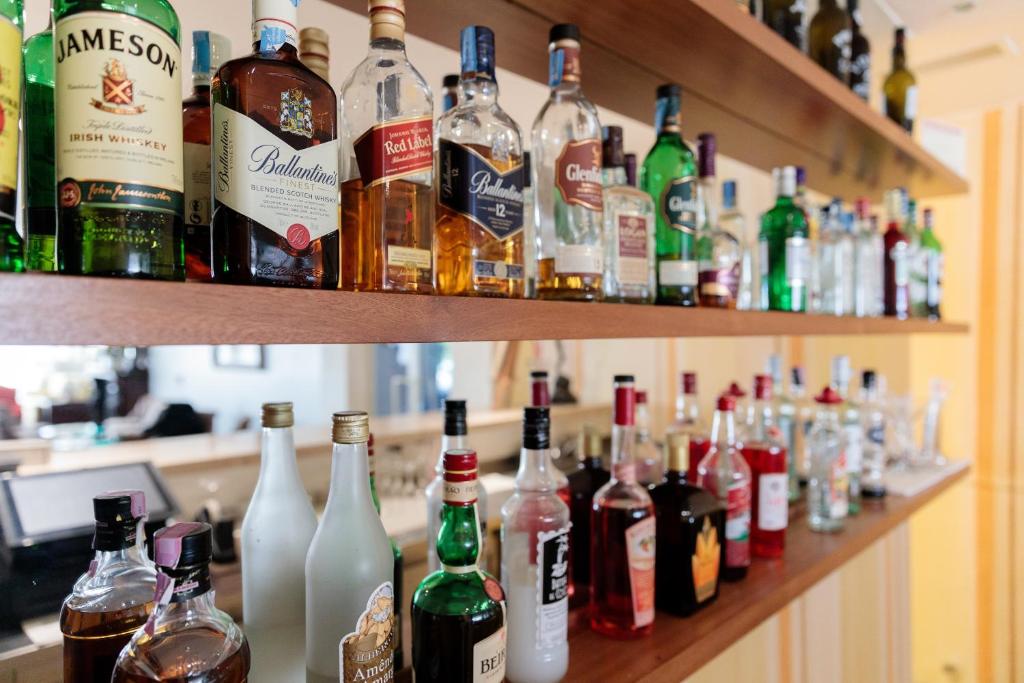 The Pousada of Condeixa-Coimbra stands on what was once the palace of the Almadas, Counts of

Avranches and that over many years hosted personalities from the most distinguished european nobility.

Napoleonic invasions. It remained in ruins until the mid 19th century when the Quaresma Lopes family

The existing construction, with a regular and symmetric floor plan in a “pombalino” classic style, was built

in 1993 with the purpose of becoming a Pousada; a recent remodelling returned the building to its full

Featuring an outdoor swimming pool and a garden, this hotel is set on scenic property which was recently renovated. Pousada Condeixa Coimbra has a classical décor and is a 15-minute drive from the Coimbra centre. All rooms feature views over the garden and include a private bathroom with a hairdryer and free toiletries. The air-conditioned units have a flat-screen cable TV and a mini bar. The Condeixa Coimbra has an in house restaurant, serving a varied menu. Breakfast is included in the room rate and served each morning in the bright breakfast area, which overlooks the garden. The nearby Coimbra centre has various traditional Portuguese restaurants. Coimbra is renowned as an academic city, filled with popular student bars. The Coimbra University is a UNESCO World Heritage site. The beaches and the nightlife at Figueira da Foz are a 35-minute drive from the property. Fátima, a famed pilgrimage spot, is a 40-minute drive away. Porto International Airport is a 75-minute drive away from the Pousada Condeixa Coimbra.