Long established as the cosmopolitan holiday destination of the rich and famous on the Portuguese Riviera, Estoril has an elegance more commonly attributed to resorts on the Côte d’Azur. Exiled royalty and deposed despots made this their haven during World War II, alongside spies from both sides. During a stay at the famous Palácio Hotel, Orson Wells apparently expressed amazement at the number of monarchs also in residence. 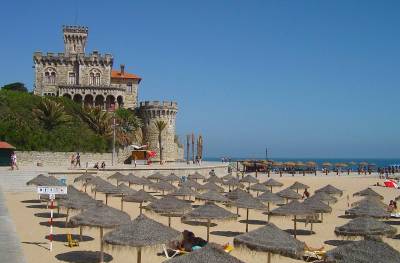 Only a short train ride out of Lisbon, Estoril and its neighbour Cascais also make for an excellent day trip if visiting the capitol.

Estoril's main beach is set  just across the road from the palm-lined Parque do Estoril with its cafes and restaurants. Praia de Tamariz is a fine stretch of golden sand backed by a seafront promenade which runs all the way to Cascais in the west, and a couple of beaches in the Lisbon direction. The eastern end of the beach is somewhat dominated by the Forte da Cruz, a large faux castle which is apparently owned by the Monaco royal family. 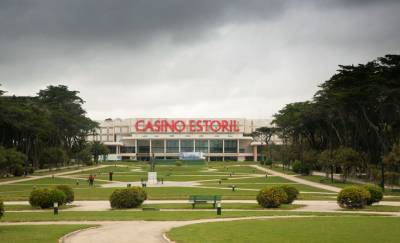 This whole stretch of land at the mouth of the River Tejo abounds with elegant villas, grandiose hotels and quality bars and eateries all situated in a general atmosphere of luxury and tailored gardens. The Hotel Palácio, built in the 1930s, is legendary here and shares a palm lined park with the Casino Estoril. The largest casino of its kind in Europe, it offers concerts, cabaret, dancing and art exhibitions as well as high class gambling until 3am and was apparently the inspiration behind the James Bond character; indeed it features in the early Bond film, On Her Majesty’s Secret Service.